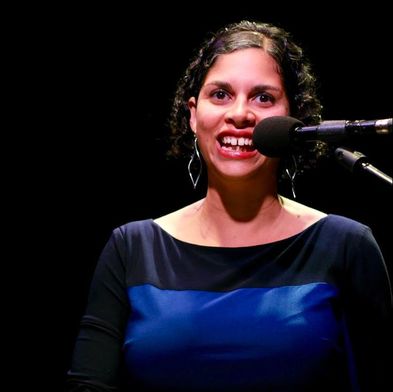 Through her writing, teaching, and advocacy, she strives to amplify Puerto Rican and other underrepresented voices and to support aspiring and emerging writers from underrepresented communities—especially women of color writers.

She is the author of the poetry chapbooks ﻿Words or Water ﻿and Nuyorico, CA. Her work has been published in several journals and anthologies including: Wise Latinas: Writers on Higher Education; VIDA Review; Aster(ix); CURA: A Literary Magazine of Art and Action; The Acentos Review; PALABRA, A Magazine of Chicano and Latino Literary Art; and Modern Haiku, among others.

Li Yun was selected as the Honor winner for the 2015 Lee & Low Books' New Voices Award for her picture book manuscript "A Star Named Rosita: The Rita Moreno Story."

In 2012, Francisco X. Alarcón selected her poetry manuscript as an honorable mention for The Andrés Montoya Poetry Prize.

She is an Acentos Fellow and was selected to participate in VONA Writers Workshop in San Francisco (2006), Astra Writing in Greece (2010), and AROHO in Abiquiu, NM (2015). She served as the Senior Poetry Editor for Kweli Journal from 2015-2016.

Li Yun holds a PhD in English from Fordham University, where she helped coordinate Fordham's Poets Out Loud reading series and book prize as a graduate student. In 2013, she was awarded an AAUW American Fellowship to support research for her dissertation, "Latina New York: Feminist Poetics and the Empire City."

Li Yun has had the pleasure of teaching literature, composition, and creative writing--in English and in Spanish--to middle school, high school, and college students throughout the country and in the Caribbean.

She is a native New Yorker living in California, who takes frequent trips to Salinas, Puerto Rico to visit la familia.

Through her writing, teaching, and advocacy, Li Yun strives to amplify Puerto Rican and other underrepresented voices, and to support aspiring and emerging writers from underrepresented communities—especially women of color writers.

AROHO, August 2015
Selected as a program contributor for a week-long women writer's retreat.
Participated in workshop facilitated by Bhanu Kapil.

La Cucarita, DR
with the Yale Service Corps and the Diocese of Orlando
Volunteer Spring & Summer 2008

Praise for Words or Water:

ARTIST STATEMENT: MY WORKS & MY WHY

Mi bisabuela Irene was a poet.

Before I knew I was one too, I watched her, at 80+ years old, recite a long poem she performed in the town plaza as a child.

​Poetry allowed her to transcend limiting expectations others had about her because she came from a poor family. She recited that poem, surpassed all expectations, and never looked back.

Today, I carry Guelita Irene’s legacy in my work and in the way I carry myself in the world as a writer, educator, and Mama.

My books, poems, essays, and picture books explore the joys, struggles, and dramas of intergenerational and networks across time, space and two languages: English and Español.

Relationships—of all kinds—are central to my work, as are the recurring themes of love, travel, longing, herstories, mamihood and familia.

My works are inevitably political—I am a Boricua woman with a PhD living in the diaspora, so my very being, let alone my audacity to write, is a political statement in and of itself.

At the same time, some work is more explicitly political than others, weaving specific current events into the quiet moments I most often explore.

Crafting and sharing these (often Puerto Rican) stories feels especially urgent in the wake of Hurricanes Irma and María. As a child of the diaspora, I spent summers in Puerto Rico cultivating profound relationships with my extended family and my parents’ homeland. Borinken is thus deeply embedded in my thoughts and appears throughout my work.

At the same time, my other homes—New York City, where I was raised (BX represent!), and Long Beach, CA, where I am raising my MexRican kiddos—also weave themselves into my most recent creations.

My art is a microphone, amplifying underrepresented voices.

My art is a refuge from storms.

My art is a legacy, a seed planted.

A hope: that my children, nephews, godchildren, and future generations find nourishment in the fruits of this labor. 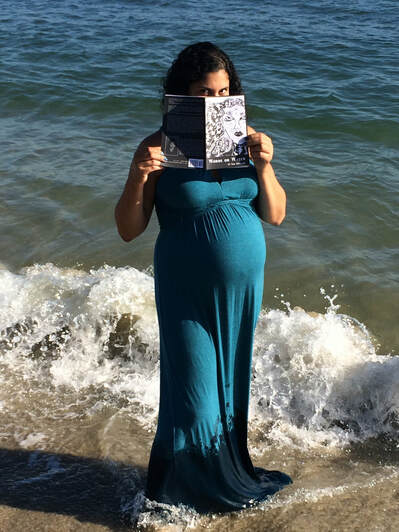